The City of Salinas is the largest City in Monterey County, and is also one of the fastest growing. The future growth of Salinas will have very significant impacts on the Monterey County economy and environment, and the kind of housing provided, as growth occurs, will have a determinative impact on social equity issues. The General Plan Update adopted by the Salinas City Council in 2002 proposes the conversion of over 3,000 acres of prime farmland, to accommodate new developments.

This map shows the existing city limits
and the future growth area. 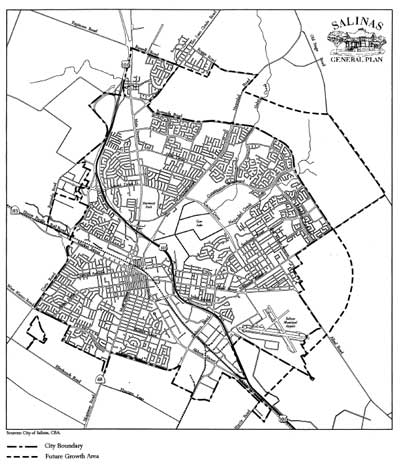