The proposed project sits within
the Elkhorn Slough Watershed. 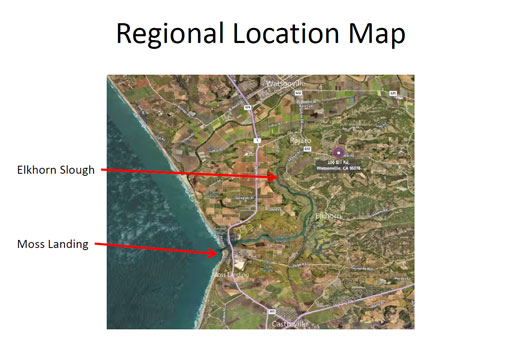 The project is 33 acres and is between Sill
and Hall Roads in North County. 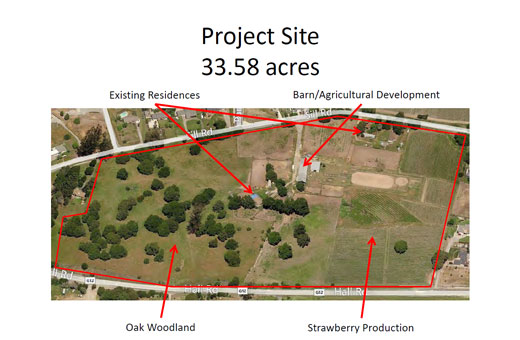 Impacts to Sensitive Habitat
• The Local Coastal Program has strong protections for the Environmentally Sensitive Habitat Areas (ESHA), but the project ignores the protections and destroys important oak woodlands habitat.
• Subdivision Limitations Due to lack of Sustainable Water Supply Per the 2010 County General Plan, the inland portion of North Monterey County is prohibited from subdividing parcels due to water quality and quantity issues. The California Coastal Commission has adopted a prohibition on ancillary units (2nd units) in Coastal North Monterey County also due to the over-drafted aquifers of this area.