The Butterfly Village project will include 1,147 homes, but will replace the proposed golf course with 342 acres of public parks and open space, increase the amount of affordable housing to 32 percent from 15 percent, double the amount of commercial space, and add a 10-acre elementary school site. After nearly 20 years of disagreement, community groups, the County and developer have found a win-win with the Butterfly Village proposal.

This map shows the proposed annexation and sphere of influence amendment. 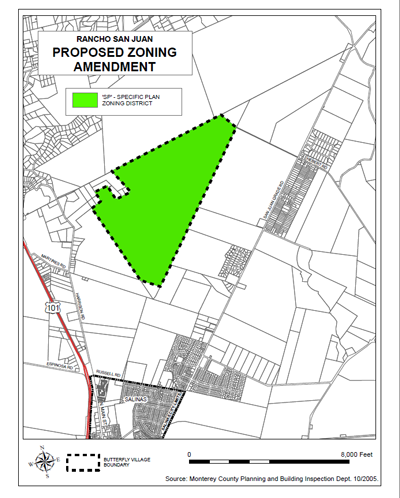 LandWatch litigated this project and the following documents are provided for background purposes:

Sometimes our partners engage as well and we capture their input into the process. For this project, below are the relevant items.